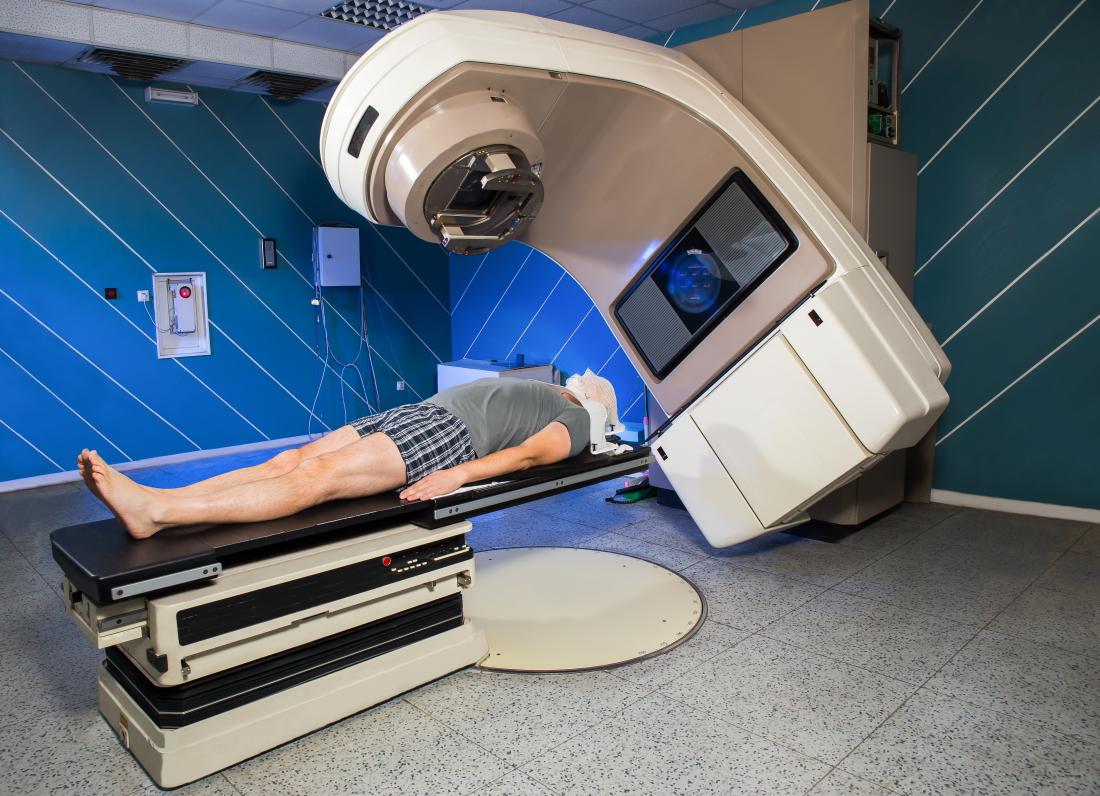 An emerging cancer therapy could someday shorten the time patients spend in treatment and improve their overall outcomes.

Using an emerging technique known as flash radiotherapy, doctors could eradicate tumors in a fraction of the time and at a fraction of the cost of traditional radiation therapy — at least in theory. As of yet, the lightning-fast technique has not faced formal clinical trials in human patients, although one man received the experimental treatment, researchers reported in October 2019 in the journal Radiotherapy and Oncology. Now, a new mouse study, published Jan. 9 in the International Journal of Radiation Oncology, Biology and Physics, has further demonstrated the promise of this cancer therapy.

"It has the same tumor-control rate [as conventional radiation] but significantly less effect on normal tissue," said study co-author Dr. Keith Cengel, an associate professor of radiation oncology at the Hospital of the University of Pennsylvania.

In other words, the flash technique appears to kill off tumor cells while sparing healthy tissues. The technique works by bombarding the tumor site with a steady stream of particles, usually light particles, called photons, or negatively charged electrons. Now, Cengel and his colleagues have thrown another particle into the mix: the positively charged proton.

"It is unique in the sense that … it has never been done," said Marie-Catherine Vozenin, head of the radiation-oncology lab at Lausanne University Hospital in Switzerland, who was not involved in the study. That's not to say that deploying protons to fight cancer cells is necessarily a better strategy than using photons or electrons, she added. "All of these different strategies have some pros and cons."

That said, each particle may be uniquely suited to target certain tumor types in specific spots in the body, meaning protons may offer the best treatment option for some patients, Cengel said.

The name "flash" simply refers to the ultrafast rate at which the technique delivers radiation to target tissues. Flash pummels cells with the same total amount of radiation as existing therapies do, but rather than administering the dose over multiple weeks in minutes-long sessions, the entire treatment lasts just tenths of a second, Vozenin said.

"If we can go to hundredths of a second, that's even better," she added.

The speed makes all the difference. In conventional radiation therapy, a patient may undergo dozens of treatment sessions, during which time healthy tissues may become damaged long before the tumor cells perish. But when the same dose of radiation is delivered at a faster rate, as with flash, healthy tissues remain unscathed. Exactly why that happens remains a mystery.

"That's the million dollar question … we are working hard to try to understand that," Vozenin said. Research suggests that the fleeting burst of radiation may cause a dip in levels of oxygen in the healthy tissues, which typically contain far more oxygen than cancerous cells. Tumors resist traditional radiation therapy thanks in part to their lack of oxygen, so the temporary effect prompted by flash might bolster healthy cells against damage, as well as reduce the production of harmful free radicals, according to a 2019 report in the journal Clinical Oncology.

But this evidence doesn't explain why cancer cells react differently than healthy cells to the treatment; more mechanisms are likely at play, Vozenin said.

Regardless of why it works, flash radiation seems promising in preliminary studies, though the technique does have limitations. Photons can be used to target tumors throughout the body, but the machines that shoot the particles cannot yet fire fast enough to achieve the needed dose-rate. High-energy electrons can penetrate tissues to reach deep-seated tumors but are technologically difficult to generate. Low-energy electrons offer another option, but these can pierce through only about 2 inches (5 to 6 centimeters) of flesh, Cengel said.

While low-energy electrons can take care of superficial tumors, Cengel and his colleagues theorized that protons may be better suited for targeting cancer cells located deeper in the body. To test their idea, they had to build the right tools for the job.

Put to the test

The team used an existing proton accelerator, known as a cyclotron, to run the experiments, but made a number of modifications. The trick was to ramp up the rate at which the protons could be fired from the machine while also developing strategies to monitor where the protons landed and in what quantity. With this infrastructure in place, the team could better control the current of protons flowing from the cyclotron, "sort of like a faucet that you can turn on full blast or drip," Cengel said.

The team then aimed its cyclotron at model mice. Induced tumors grew in the animals' pancreases and along their upper intestines, so the researchers sent a single pulse of radiation through the rodents' abdominal cavities. The flash lasted between 100 and 200 milliseconds, and by lining up many proton beams alongside each other, like uncooked spaghetti in a tight tube, the team struck the entire abdominal cavity in one shot.

As expected, the treatment stymied tumor growth and the tissue scarring that typically results from cancer, while leaving nearby healthy tissue unharmed. "This is the first irrefutable evidence of a 'flash' effect in vivo with the small intestine as a target using protons instead of photons or … electrons," Vincent Favaudon, a research director at the Institut Curie in Paris who was not involved in the study, told Live Science in an email.

While successful, the study was conducted in mice, "and in small volumes, which is not the case in patients," Vozenin said. In other words, in its current form, the proton flash technique can only treat a small area of tissue at one time. The technique will have to be scaled up significantly before it's ready to be tested in larger animals, and eventually humans, she said.

"The main limitation lies in the dose rate," Favaudon added. Research suggests that healthy tissues begin to incur damage if exposed to flash radiation for more than 100 milliseconds, he said. "Delivering the dose in a single-microsecond pulse is always better. So, the challenge is to increase the dose rate by a factor of two to five or even more."

Cengel and his colleagues plan to continue optimizing their tools and techniques while working to determine what dose rate delivers the most therapeutic benefit. In this way, the team would run a clinical trial of sorts but with animals as the initial subjects. Meanwhile, Vozenin and her colleagues will soon launch the first clinical trials in human patients in order to test their own flash techniques. Using low-energy electrons, they aim to treat superficial tumors, such as those seen in skin cancers.

"If we can validate the flash concept in large volume and in clinical applications, then it will probably change all radiation therapy," Vozenin said. She said she expects that some version of flash radiation might be widely available to cancer patients within the next 10 years. Favaudon said that treatments targeting surface tumors, as well as those exposed through surgery, could be ready within two years. Techniques using high-energy electrons and proton beams could be ready within five to 10 years, he said.

Assuming flash weathers the road to real human patients, the technique could allow doctors to target tumors that once defied treatment with radiation, Cengel said.

"We could literally treat things that are not [currently] possible to treat and cure people who are not possible to cure," he said. "Obviously, big grain of salt on all that."